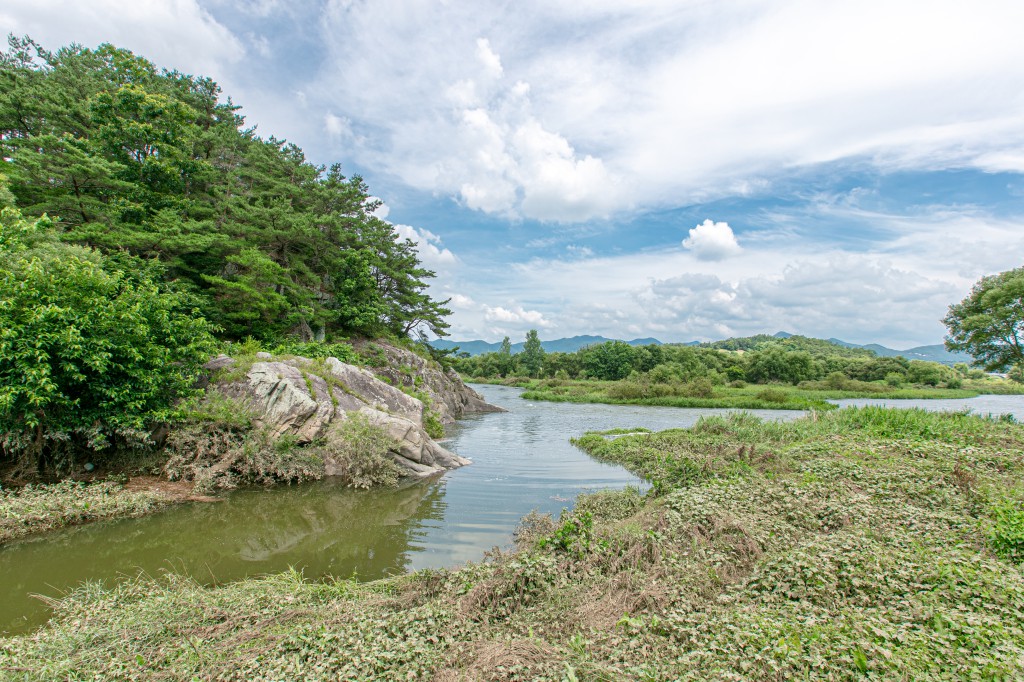 Flowing downward along the mountain, the clean and clear water from Geumgang river’s upstream forms rapids between Pyeongchon-ri and Sinchon-ri, and a serene lake.

Outside Sinchon-ri, across from the river, there used to be a dense forest of old pine trees, at least 50 years old, that covered an area of 3ha. However, the trees were cut down to develop farmland, and there remains no trace of the forest today. This is the famous Sinchon Pine Forest. On the riverside covering the ground are small pebbles and golden sand, a reason why many people bring their families during the summer to swim and sun bathe.

The deep and large lake formed by the river around the foothills of the mountain is a perfect place to go for a boat ride. It’s been said that in the past, governors of Chungnam, Jeonbuk and Chungbuk enjoyed luxury boating here, and local residents had to serve them for days. According to legend, the “Round Mountain”, which appears to be sinking into the river, had a pavilion called Gwiraejeong, which was crowded with artists and poets enjoying the scene and other activities. The local villagers are said to have become so weary of visitors that they burned it down.