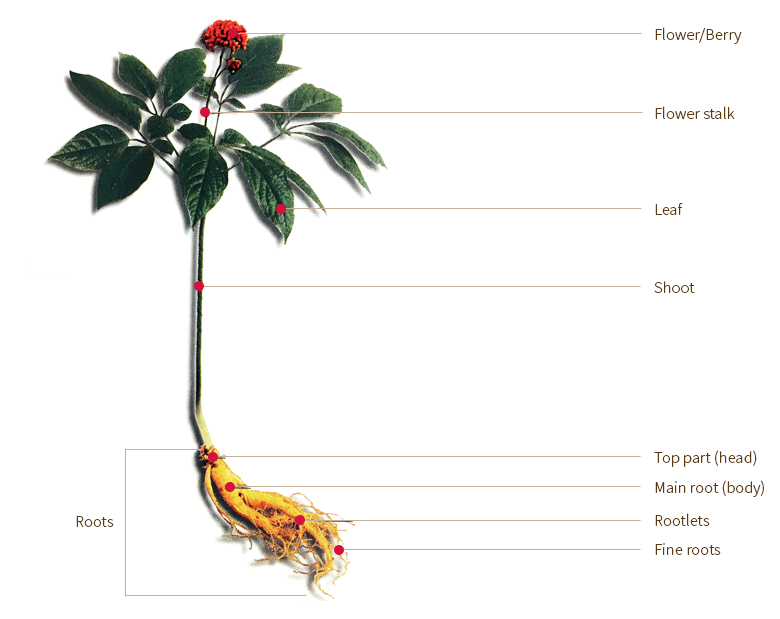 The root of a Korean ginseng is comprised of multiple parts including the top part, main part, rootlet and side root, etc. in addition to the fine roots. It resembles the shape of the human body.

The 6-year-old ginsengs, which are processed into red ginseng, have a large top part with the main part of the root being 7 to 10cm long and 2 to 3cm in diameter, and have several supporting roots. The entire length of the root is about 34cm and it typically weighs 40 to 120g, but it can weigh up to 300g. On the other hand, past the 7-year mark, ginsengs display sluggish growth with physical deformations and the skin becomes woody. Also, when they are processed, internal holes and white spots start to form.